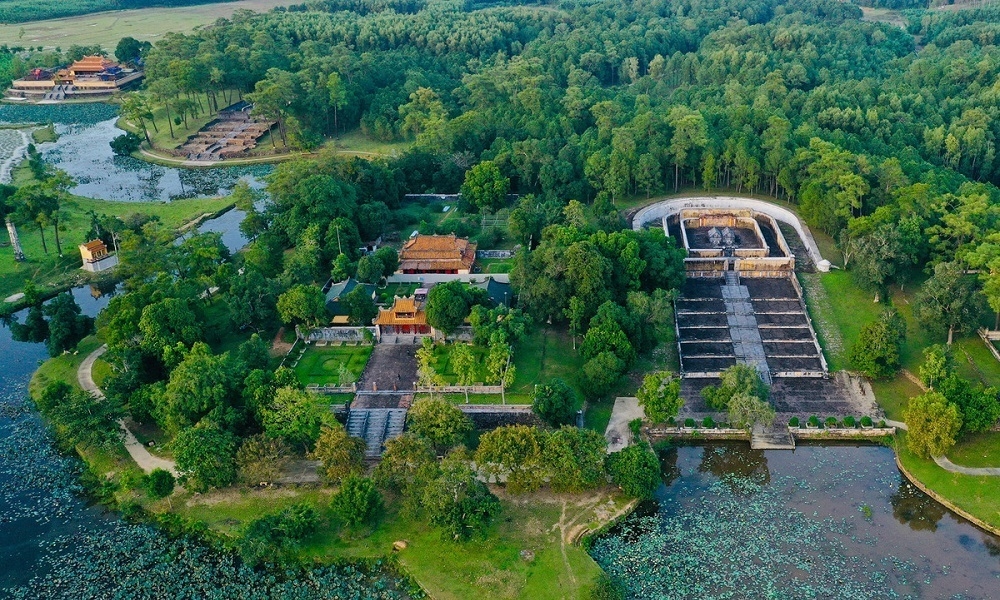 Vietnamese tourism officials have stressed that the nation has the new coronavirus epidemic under control and it is a safe travel destination. 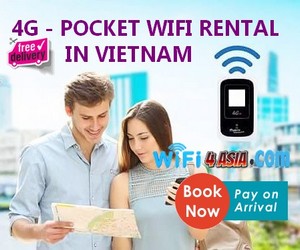 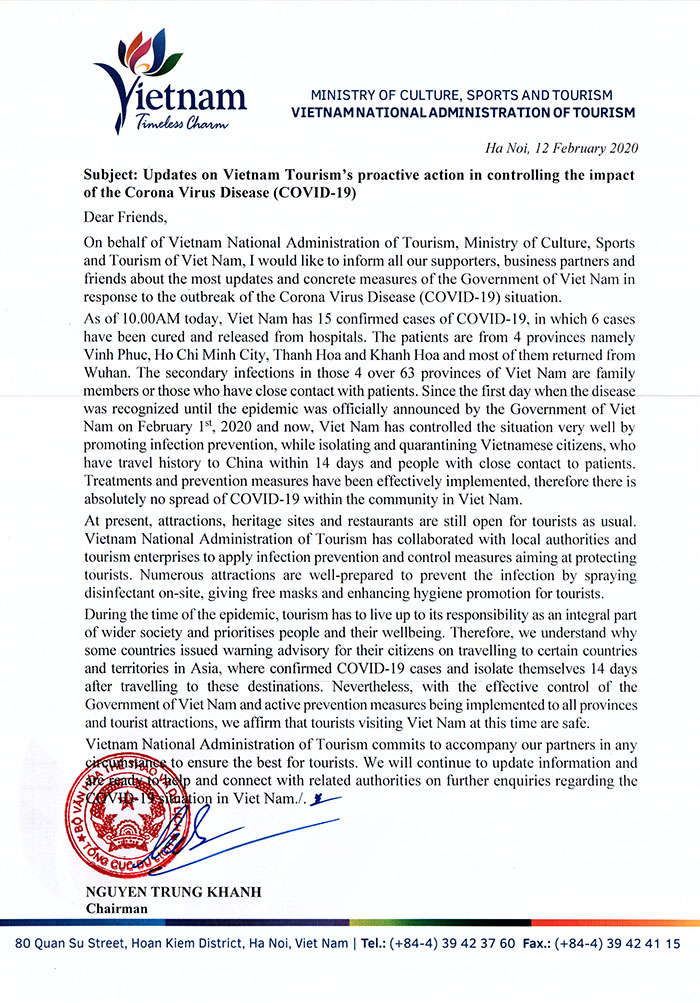 "Since the outbreak of the disease last December in China and the Vietnamese government declared it an epidemic on February 1, Vietnam has controlled the epidemic well. The treatment and prevention measures have been effective, so there is no spread of Covid-19 in the community," the letter says.

Of 16 people infected with the virus so far, all have been discharged from the hospital.

The letter says the administration has cooperated with localities and travel agencies to take urgent measures to prevent and minimize the risk of infection and ensure safety for tourists. Tourist attractions have been sanitized, and face masks and brochures on preventing any infection are being handed out to visitors.

The letter allaying visitors’ concerns over the Covid-19 has been written in the context of a dramatic drop in tourism since Vietnam first confirmed two Covid-19 infections on January 23.

The Civil Aviation Authority of Vietnam suspended flights to and from China starting early this month.

The epidemic has struck at a time Vietnam has enjoyed a tourism boom, with visitor numbers last year growing 16.2 percent year-on-year to a record high of 18 million. The United Nations World Tourism Organization has put Vietnam seventh among world’s 10 fastest-growing tourist destinations. 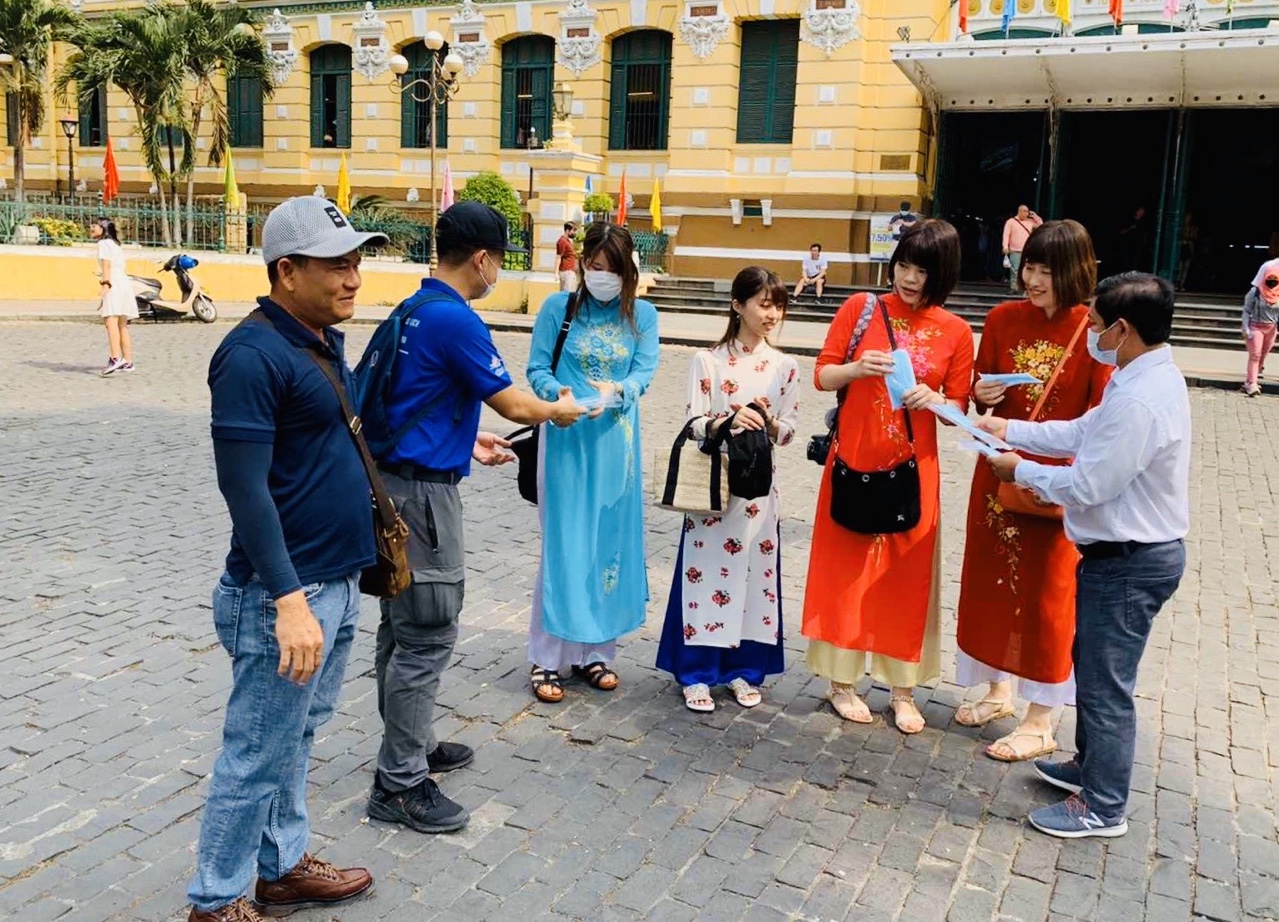 Accordingly, a group of Taiwanese visitors including professors and lecturers after coming back from Ho Chi Minh City sent feedbacks appreciating Viet Nam’s prevention from and protection against Covid-19, even better than in Taiwan. The Taiwanese visitors saw tourist spots in the City were antiseptic treated and provided visitors with hand-washing liquid to protect themselves.

Another feedback was from Mr. Lee Chan Kun –Tourism Ambassador of Viet Nam to South Korea. There were about 500 questions sent to Vietnam Tourism Promotion Office in South Korea everyday seeking information about Covid-19 prevention in Viet Nam, showing a big interest of the Korean public in Viet Nam Tourism, said Mr. Lee. He emphasized that official letters of VNAT’s Chairman were official information source for him to answer related questions of the Korean public.

At present, Viet Nam has been effectively controlling Covid-19. There is no spread of Covid-19 within the community in Viet Nam. Especially, 15 out of 16 confirmed infection cases in Viet Nam have been successfully cured. World Health Organization spoke highly of prevention and protection measures of Viet Nam.

Deputy PM Vu Duc Dam says Vietnam has won round one, but the fight against the Covid-19 epidemic is far from over.

In fact the next round can be unpredictable, he warns.

"With all modesty and eagerness to learn, Vietnam has so far controlled the Covid-19 epidemic well," Dam said at an online meeting Tuesday on epidemic prevention measures.

As of Tuesday morning, the last of the 16 infection novel coronavirus infections detected so far in Vietnam had fully recovered. The 50-year-old man, who had contracted the virus from his 23-year-old daughter, one of eight workers sent to Wuhan for work training, has tested negative two times in a row.

He had stayed with his daughter after she returned from Wuhan on January 17 until she was quarantined on January 25. Other members of the family were also infected, but they have been treated successfully and discharged.

Dam said that over the past 13 days no new infection case has been reported in Vietnam as officials continue to supervise and quarantine those suspected of carrying the virus to avoid its spread among the community.

Meanwhile, Vietnam has also dealt with people coming from China, the epicenter of the Covid-19 epidemic, from South Korean and other novel coronavirus-hit countries, Dam said.

Staring February 1, Vietnam suspended all flights to and from China and stopped granting tourist visas to Chinese from epidemic-stricken areas.

After South Korea raised its disease alert to the ‘highest level,’ the Vietnamese government has tightened controls for visitors from that country. Everyone coming in from South Korea has to make health declarations, and those with symptoms like high fever, coughing and breathing difficulties will be placed in quarantine for a minimum of 14 days.

Dam said that to achieve the positive results so far, Vietnam has been proactively implementing measures to prevent and limit the epidemic from mid-December last year, as soon as reports appeared of the Covid-19 disease in China's Wuhan City.

The deputy PM expressed appreciation for the efforts of everyone involved in fighting the epidemic, particularly mentioning those who completely gave up their Lunar New Year holiday this year.

He said Vietnam began quarantining those suspected of carrying the virus on Lunar New Year's Eve. At that time, Vietnam was also the first country (outside China) to begin isolating suspected people, taking more drastic measures than recommended then by the World Health Organization (WHO), Dam stressed.

The WHO has also lauded Vietnam’s response to the Covid-19 epidemic, saying measures taken at the very outset had effectively prevented its spread.

Dam also highlighted the military's role in the fight, describing it as "a rehearsal for disease response situations in particular and non-traditional security situations in general."

It was the first time that the Vietnam People's Army had joined an anti-epidemic campaign.

"We have won the first battle against the epidemic but have not won the whole battle as we have entered a new stage with the situation worsening in South Korea, Japan and Italy," Dam said.

He said localities organizing centralized isolation have to react quickly. The case of Vinh Phuc, where the virus was spread among 11 people, is a lesson, he said, adding that timely quarantining had prevented the risk of the disease spreading further.

Dam also welcomed the prompt action taken by Da Nang and Ho Chi Minh City in quarantining people from Daegu City, the heart of the outbreak in South Korea.

In the coming time, military and defense forces will participate in quarantine work in border provinces, the deputy PM said.

Vietnam will not give into any pressure to "abandon anti-epidemic principles," he said, adding: "We need to be flexible but very resolute."

Dam also noted efforts were being made to bring life and business back to normal soon while remaining on heightened alert with anti-epidemic measures. "We plan to ensure safe schooling and safe travel," he said.

[NEED TO STAY CONNECTED 24/7 FOR NEWS,MAP, FACEBOOK.. AS WELL AS MORE USEFULL TRAVEL-GUIDE WHILE IN VIETNAM? FIND OUT MORE HERE.]